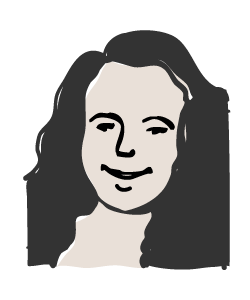 I always loved to exercise every day but when I got pregnant I felt so sick for the first 12 weeks and I couldn't get off the couch. After a while, I started feeling better and I knew I wanted to get back into exercise again, not just for me but also for the baby. This blog has some tips on types of exercise to suit every type of pregnancy, whether you feel great or whether you feel terrible and can hardly move. I hope it inspires other pregnant mamas to get out there and starting exercising more during their pregnancies.

How Massage Therapy Can Help You Before, During, and After Pregnancy
24 October 2019

If you've ever had a massage before, you know they …

CrossFit is a type of exercise that was developed …

Why Every Athlete Should Consider Physiotherapy
8 August 2017

If you're an athlete of any sort, or if you just w …

Women Runners: Are You More Likely to Experience an Injury?
24 July 2017

Sustaining an injury is something every runner dre …

Why You Should Consider Exercise, Even When You're Suffering from Arthritis Pain
17 June 2017

It's certainly true to say that when you suffer fr …

Sustaining an injury is something every runner dreads. It's not always so much the pain and discomfort that's what causes the fear — although, certainly, that can be pretty unpleasant. But more than that, for someone who loves running as a hobby, an injury often means that you'll need to stop for a while as you undergo massage therapy and other physio treatment.

Unfortunately, if you're a woman, there's actually a higher chance of some injuries than there is for men. There are a few probable reasons for this, and although nobody is entirely certain why it is, the most likely theories relate to anatomical differences.

The good news is that if you're aware of the sorts of injuries you're most likely to get, you can try and prevent them by taking extra care when you run. Here are the things you should look out for.

The knees absorb a lot of the impact from running, so conditions like runner's knee are reasonably common. However, women have a particularly high risk.

Part of the knee is called the anterior cruciate ligament, and because it's responsible for dealing with much of the daily stresses your knees go through, it's often on the front lines when it comes to injuries. Unfortunately, ACL problems are six times more common in women than men, in part due to differences in the pelvis and the way women stop and turn when running.

Wear good, shock-absorbing running shoes, pay attention to any twinges in your knees, and take extra care if you're doing any sort of running exercise that requires frequent turning.

The plantar fascia is a ligament that runs from your heel to your toes, and when it becomes inflamed, you have this painful condition. The impact to the heels when running is a common cause, but it's not entirely clear why there's a higher rate among women. Protect yourself with well-cushioned shoes and go easy on your heels.

Small fractures can happen in various bones of the legs and feet because of running, and many people don't realise what the cause of their discomfort is until the pain becomes severe enough for them to seek medical help. In addition to differences in gait, skeletal differences most likely account for women experiencing stress fractures more often than men, and women who are underweight or close to it are most at risk. If you can, avoid running on hard surfaces like concrete all the time, choosing grass or sand to give your bones a rest.

Women are also more likely to be deficient in calcium, which can mean bones are weaker. If you're worried about your calcium intake, see a doctor and ask to be tested, and make sure you include plenty of calcium-rich foods in your diet.